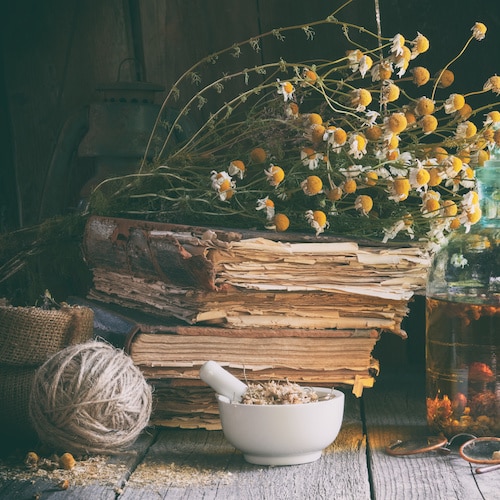 Hemp has been used in the United States for a long time for its fiber and also as a food supplement.  Attitude towards its cultivation changed, however, in the early 1900s when the United States government tackled the problem of drug abuse along with marijuana use.  In 1937, the “Marijuana Tax Act” was passed and hemp was wrongly grouped with its cousin cannabis.  This high taxation made the cultivation of hemp unattractive for the farmers.  Then World War II happened – the United States realized the need for hemp in the war, so the government relaxed the rules and called it “Hemp for Victory.” Farmers were then encouraged to grow hemp again; nevertheless, post World War II, the high taxes were imposed again and as a result the industry died.

The Controlled Substances Act was passed in 1970 and hemp was classified as a Schedule I drug.  Hemp farming was banned.  Over the years, efforts have been made to educate the legislators about the difference between hemp and marijuana, so the restriction on hemp could be lifted. This was finally successful in December 2018 when the Farm Bill was passed, legalizing hemp, and its designation as a Schedule I drug was removed. The Farm Bill does not, however, broadly legalize all cannabinoid products.

There are 80 cannabinoid chemicals in the marijuana plant.  The psychoactive component in marijuana is tetrahydrocannabinol (THC), which causes the “high.”  Though Cannabidiol (CBD) is an important component of the marijuana plant, there is much more of the medicinal compound in the hemp plant, which is a cousin of marijuana.  Hemp-derived CBD oil does not have a “high” like marijuana because its THC content is less than 0.3%. A report by WHO in 2018 states that “CBD is well tolerated with a good safety profile.  Reports of adverse events are due to drug interactions with the patient’s existing medications.  In humans, CBD exhibits no effects indicative of any abuse or dependence potential.”

Cannabis and CBD oil have been used for their medicinal properties for more than 3,000 years by China, India, Egypt and other countries.  There is no question that more clinical potential of CBD for its therapeutic effect needs to be evaluated. Preclinical studies on cell cultures and in animal models have shown that CBD has anti-seizure, antioxidant, anti-inflammatory and analgesic activity.  It is also supposed to have neuroprotective as well anti-anxiety and anti-psychotic actions.  Even though the FDA eased regulatory requirements in 2015 for researchers to conduct CBD trials, the early clinical studies have suffered from flaws due to study design, inconsistent formulations of CBD, small sample size and short duration of trials.  Adequately powered large clinical trials need to be performed to establish the effectiveness of CBD in various clinical conditions.  Its dose, duration, safety, tolerability and addiction potential needs to be investigated to determine its risk benefit ratio.  The purity of CBD also needs to be established, and the dosages and concentrations need to be standardized like other medications, so that the randomized placebo- controlled trials can be conducted to provide meaningful answers for its appropriate use. This is why I believe Alethiah, a research-based phyto-cannabinoid company, with its future endeavors can help in establishing CBD as a clinically useful medicinal agent. 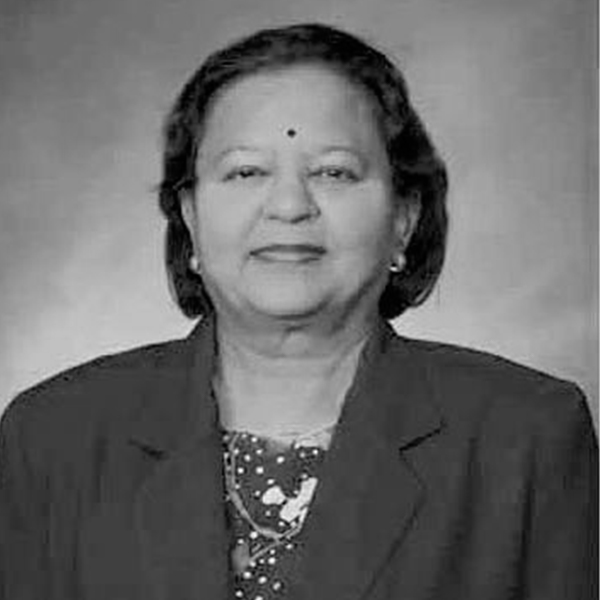 Daneshvari Solanki, MD, is a recognized international expert in regional anesthesia who was a Clinical Professor of Anesthesiology and Pain Medicine, as well as an integral developer of the University of Texas Medical Branch (UTMB) Pain Medicine services. In 2017, after 39 years of dedication, Dr. Solanki retired from UTMB, continuing, however, to be a loyal contributor to medical research.

I grew up living all over the world, as a child of a Naval officer. I could not be more thankful for these experiences that have contributed to the architecture of my life. These life lessons helped to cultivate the person I am today and, in many ways, where I am today.

I played soccer at a high level growing up in areas such as Washington D.C. and Spain. I had a short college career playing at West Texas A&M and continued the love for the game by representing my Coast Guard unit, as a member of the All-Marine Corp team, at the Marine Corp Recruiting Depot in San Diego, California, during my service contract. It was during my military service I found my life’s purpose. The purpose of helping others live and love their best life through health and fitness.

During my two tours, I pursued my undergraduate degree in Exercise Science with American Military University. I used that knowledge, in my role as a Health & Wellness Coordinator for my unit, to ensure we were always mission ready. I separated in 2010 and wasted no time in following my passion. I attended a 7-month personal training program with Personal Training Academy Global, finished my B.S. in Exercise Science, completed a Business Entrepreneurial program at Lonestar College and graduated with my M.S. in Human Performance, all before 2013 ended.

I spent the next 6 years teaching for the National Academy of Sports Medicine, training clients, developing trainers, collaborating with leadership on building client centered cultures with healthier financial models, at the largest corporate fitness brand in the United States and serving as the Chairman of the Certification Board for Personal Training Academy Global.

In January 2019, I left this world, because out of all the successes I have achieved, nothing measured up against the gratitude I feel helping others become their best self through living a life in motion, eating and living better. I spend more time each day working on myself than I do anything else, to ensure that I can always add value to those I share time with. This fanaticism to serve others is very much ego-altruistic because it rewards my heart to help others ensure their play-span matches their life-span.

I currently own a private studio where I train, coach and educate. I have an amazing community of people I serve as their resource to live better through. I coach a group of athletes to be stronger for longer, teach for one of the most respected personal training companies in the world, and write for one of the largest sports performance publications in the industry.

As a signed songwriter in Nashville, TN for 10 years, she learned the art of story telling. As a signed, touring artist for 18 years she learned the art of entertaining & selling. In 2017 Meg moved back to Houston to help her family and ended up finding her talents in marketing. From launching the viral social media efforts at El Bolillo Bakery, to managing the social media of 30 brands at Landry’s, to launching apps, to managing social media for celebrity chefs, neuroscientists, & luxury home builders, Meg has a wide range of experience. Her ability to represent authentically & professionally the uniqueness of a variety of business genres led her to the opportunity to join the Alethiah team.

Dr. Almonte has been practicing in southeast Texas since 2013. He completed his undergraduate education at New York University, and then his medical degree at Penn State University College of Medicine. He went on to complete his residency in anesthesiology at Montefiore Medical Center, the University Hospital for Albert Einstein College of Medicine, followed by a fellowship in pain medicine at the MD Anderson Cancer Center in Houston. He is board certified in both Pain Management and Anesthesiology by The American Board of Anesthesiology. Dr. Almonte believes in a more holistic approach to pain management and works to explore the most effective avenues in dealing with each patient’s particular ailments. He believes in remaining at the cutting edge of pain management technology and strives daily to provide optimal and personalized care for each of his patients.

Eddie A. Castellanos joined Alethiah as Branding Advisor in 2018 to oversee the Company’s brand image.

In 2004, he founded DPEAC, a product and advertising photography company, specializing in beverages, liquors, and fine spirits, among many other products.

Eddie has worked closely with an array of well-known domestic and international organizations, leveraging his experience as a graphic designer, commercial photographer, and creative director. His unique style and vast knowledge of leading software drives his creation of imagery, creating successful marketing and advertising campaigns.

He devotes most of his time and efforts to achieve strategic and emotionally-resonant imagery. “I believe in capturing the best digital visualization of any given product that can be utilized in any dimensional media outlet, including print, marketing, advertising and editorial.”

Associate Professor, Department of Neurology at Baylor College of Medicine

Dr. Everton Edmondson has led a successful neurology and pain medicine practice in Houston, Texas for more than 30 years. His experience in internal medicine, neurology, pain management and pharmacology affords him the broad scope needed to provide expert consultation and second opinion in pain and neurologic conditions. He is currently an Associate Professor of Neurology at Baylor College of Medicine and Chief Adult Neurology Service at Pavilion for Women, Texas Children’s Hospital.

Daneshvari Solanki, M.D., is a recognized international expert in regional anesthesia who was a Clinical Professor of Anesthesiology and Pain Medicine, as well as an integral developer of the University of Texas Medical Branch (UTMB) Pain Medicine services. In 2017, after 39 years of dedication, Dr. Solanki retired from UTMB, continuing, however, to be a loyal contributor to medical research.

What started as a small project to better serve the chronic pain care needs of UTMB’s patients quickly exploded into a busy pain practice. The Pain Fellowship was officially accredited just two years later, and today (winter 2018) has eight dedicated pain faculty members with three fellows per year and 50 alumni graduates, who are excelling all over the country in a variety of academic and private practice environments.

A respected professor and mentor, Dr. Solanki he has been acknowledged for training more than 500 residents and more than 40 pain fellows. Her love for teaching is evident; she is the recipient of numerous teaching awards and continues to set a high standard for her trainees with her commitment to excellence.

While Dr. Solanki retired from UTMB to spend more time with her grandchildren, she has continued her research endeavors. Dr. Solanki currently conducts clinical trials with the HD Research Group, in pursuit of effective treatments.